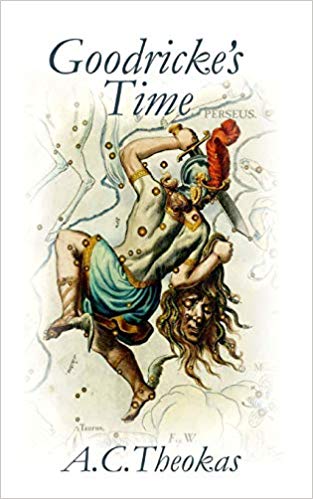 Hosted by: The Friends of the Hollis Social Library

A.C. Theokas has long been lured by the history of science. Through it we learn about great men and women who thought freely and, in doing so, went against convention. There is often great drama involved in making these choices and compelling stories that follow a life such as John Goodricke’s.

Please join us for a discussion of Theokas’ book, Goodricke’s Time. He will also discuss how first authors can get their books published. It is suggested that you read his book before attending.

Our author, Andrew C. Theokas, holds a doctorate in astronomy from The Victoria University of Manchester and studied urban design at Harvard University. In addition to residing in England for many years he has lived in the West Indies and West Africa. He has lectured in astronomy at Villanova University and Harvard College, has published numerous papers in professional journals and a nonfiction work by Liverpool University Press. Other historically themed titles on Lowell, Massachusetts and the island of Martha’s Vineyard are soon to be published by Fonthill Media. Goodricke’s Time is his first novel.